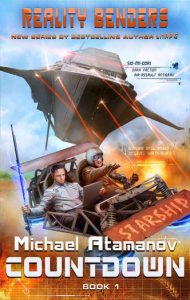 This series, comprising eight books with a ninth and final on the way, follows Gnat an intrepid former Geology student at Moscow State University. After being caught by the police for operating a videogame gambling tournament, he is given two choices: being sent off to a work camp or testing a mysterious new virtual reality system. But it soon becomes clear that he’s gotten more than he bargained for and his actions in the game will have serious consequences for the real Earth. A blend of cyberpunk and science fiction elements, this fast-paced series is sure to grab any reader’s attention.

The Sublime Electricity  by Pavel Kornev

This four-book series of magical steampunk mysteries is a bit of an enigma. To put it shortly, it’s a detective fiction that takes place in a steampunk world where magic exists, but it’s rare and few believe in it. It chronicles the life of a destitute aristocrat and Detective Constable named Leopold Orso as he grapples with an ancient curse and repeatedly saves his native city of New Babylon from supernatural threats. 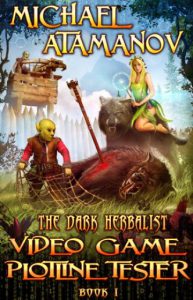 The Dark Herbalist  by Michael Atamanov

This fantasy series is set in a near-future virtual-reality game. The main character, Timothy, finds work testing video games, but not in the usual sense. The developers are disappointed that their players stick to a few tried and true game and race combinations, so they hire a batch of gamers to try out new ones and popularize them. Tim is assigned to play a goblin herbalist by the name of Amra, and though it’s not easy, with his finely honed instincts and more than a little help from his precocious sister, he smashes everyone’s wildest expectations, eventually discovering more about the game than he ever wanted to know. This series has four books and has been a smash-hit in the LitRPG genre. 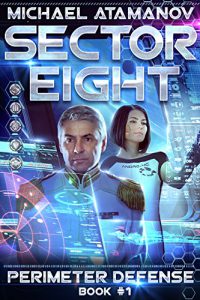 My first series of novels, the plot here follows a hardcore gamer from Moscow who is tricked into leaving his old life behind in favor of what he is led to believe is a highly-immersive secret video game only for the elite. His mission is to improve the standing of a game avatar for a rich guy who wants to impress his friends, but is himself untalented. After a series of increasingly high-stakes adventures, he learns there may be more to this world that he was led to believe. A prototypical space opera with plenty of science fiction elements, this series has all the aliens, androids and space battles a fan of the genre would expect.